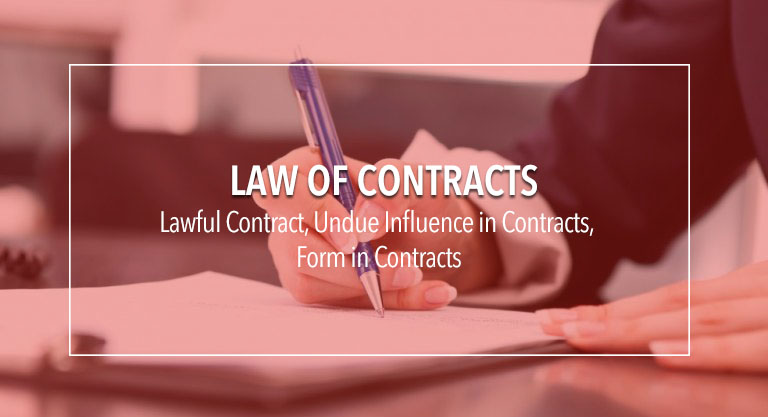 What is a Contract?

Contract is one of the most important types of legal procedures. Through a contract, parties set out the legal norm applicable to them as well as their own laws. In legal terms, a contract is both a legal procedure and a legal relationship.

Benefit of Form in a Contract

Form brings certainty and clarity to a contract. The requirement as to form provides convenience in terms of proof and security as well as openness and trust.

Satisfying the Requirement as to Form

Causes invalidating a contract include impossibility, unlawfulness and immorality of the content of the contract, both parties’ or only one of the parties’ lack of discernment, and thus competency to contract, failure to satisfy the requirements of form, collusion, failure to ratify as required, or certain actions for nullity.

Collusion is a state of impropriety (prearrangement) that is willfully caused by two parties through their actual intentions and declarations. When determining the form and conditions of a contract, it is necessary to look for the real intentions of the two parties notwithstanding the names and expressions they use to conceal the real nature of the contract.

In case of an explicit imbalance between the mutual deeds (considerations) under a contract and if such disproportion is a result of abusing the financial difficulty or inconsideration or inexperience of the injured party, the injured party may claim back what it has given by giving notice of cancellation of the contract within one year.

Özbayrak Law Office | All Rights Reserved. Legal Disclaimer: This website is subject to the Code of Practice and Advertising Ban Rules of the Union of Turkish Bar Associations. The website itself, its logo and content may not be used for advertisement, business development or similar purposes. Information contained in our website is not legal opinion or advise.